The Formational Background of Silicon Valley 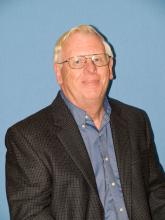 Abstract - The San Francisco Peninsula spawned the technology-centric marvel known today as "Silicon Valley". The early history of amateur radio on the Peninsula played a crucial role in preparing for the emergence of "Silicon Valley". In the 1930’s entrepreneurial efforts of amateur radio enthusiasts drove the development of high power vacuum tubes - much of this work revolved around Stanford University. The microwave klystron resulted from this collaboration and was of major importance to World War II radar. Dr. Frederick Terman (known as the "Father of Silicon Valley") encouraged amateur these radio activities and during WW II led the Radio Research Laboratory (RRL) at Harvard (staffed by engineers, many with amateur radio backgrounds). In the 1950s and 1960s the development of the silicon semiconductor industry became the driving force behind electronics in the Bay Area (and why it is called "Silicon Valley" today). Fairchild Semiconductor became the most important company in "Silicon Valley" during the 1960s and 1970s. Microprocessors and memory chips lead to the personal computer and the widespread use of the Internet. This talk will explore how these events lead to the high tech revolution that envelopes all of us.

Dr. Don Estreich is presently an Adjunct Professor of Engineering Science at Sonoma State University. He received a B.S.E.E. degree from U.C. Berkeley and M.S.E.E. and Ph.D. from Stanford University in 1980. During the 1970s he worked in Silicon Valley at Teledyne Semiconductor and at Hewlett-Packard Laboratories in Palo Alto. He worked for over 30 years at Hewlett-Packard’s Technology Center (now Keysight Technologies) at their Santa Rosa site on compound semiconductor integrated circuits, microwave & optical test components and measurement instrumentation. 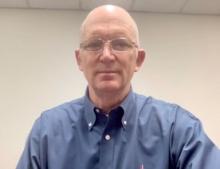 Abstract - Demand for internet data capacity has been growing exponentially for more than 30 years and shows no sign of slackening. In the last 20 years, wireless bandwidth demand has tracked with wireline demand resulting, even with advanced modulation schemes like OFDM (orthogonal frequency division multiplexing), in increasing congestion of the airwaves. Inevitably, higher frequency spectrum is required to satisfy the growing demand, but existing frequency control technologies (oscillators and filters) have exhausted their ability to deliver.

The time is ripe for a new technology to overcome the inherent limitations of existing frequency control technologies and open more of the RF spectrum to consumer use. New developments in ferrimagnetic resonator technology utilizing YIG (yttrium iron garnet) materials, including new YIG Nano-film technology, can lead to new opportunities for high bandwidth RF-based products and services.

Mr. William Linstrom, CEO of Vida Products, is responsible for the Company’s overall operations, reporting to the board of directors of which he is a member. He has served the Company as VP of Engineering and VP of Marketing and Operations. Prior to joining VIDA Products, Linstrom served as Director of Marketing and Product Management at Centellax (acquired by Microsemi), a leading worldwide supplier of microwave frequency amplifiers and optical modulators. His prior experience includes Director of Engineering at DSC Communications (acquired by Alcatel USA), a Fortune 500 supplier of fiber optic telecommunications equipment. Linstrom holds an MBA from the University of San Francisco and a BSEE.

Internet of Things: Sources of Security Issues and Possible Solutions 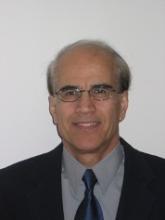 Abstract - The Internet is used daily for many online services: to communicate, find information, do transactions, and be entertained; and this is possible independent of location due to its openness and distributed nature. But this very openness has posed vulnerabilities, allowing attacks such as ID theft, denial of service, industrial espionage, and extortion.

The Internet of Things (IoT) anticipates connecting billions of objects to the Internet in the next few years, thus potentially creating additional challenging security and privacy issues.

The objective of this talk is to describe some current trends affecting Internet security, and point out the sources of security problems, as well as provide an overview of IoT and its related security issues. Typical IoT applications will be presented with focus on autonomous vehicles. Also, some potential solutions, safeguards, and defenses will be offered.

Dr. Manu Malek is the Editor-in-Chief of Elsevier's International Journal of Computers and Electrical Engineering. He was a Distinguished Member of Technical Staff at Lucent Bell Labs until 2001; then joined Stevens Institute of Technology as Professor of Computer Science and Telecom Management, from which he retired a few years ago.

Dr. Malek has held various academic positions in the USA and overseas, as well as technical leadership positions at Telcordia Technologies and AT&T/Lucent Bell Labs. He is the author, co-author, or editor of seven books, and author or co-author of numerous publications in the areas of communication networks, computer communications, and network management. An alumnus of University of California, Berkeley, Dr. Malek is a Life Fellow of the IEEE, and an IEEE Third Millennium medalist for his contributions. He was Editor for Network Management of the IEEE Transactions on Communications (1989-92), and an IEEE ComSoc Distinguished Lecturer (1999-2007). He founded and was the Editor-in-Chief of Springer’s Journal of Network and Systems Management (1993-2010). Dr. Malek is a frequent invitee as keynote speaker at international conferences. His favorite topic is information security with the subtopics IoT, security forensics and defense, and autonomous vehicles.

In this presentation, we explore DevOps practices, how these principles should be applied to your development environment, and how to adapt continuous testing to ensure high quality software delivery. We will also learn how Keysight found success from its own DevOps journey and overcame the initial challenges of continuous build, integration, elasticity, and testing. We will discuss the transformative DevOps steps necessary to ensure you can implement and sustain the changes necessary to achieve continuous quality with speed. In this session, we will cover:

Ms. Susan Sloan is the Research and Development Senior Manager for the PathWave Software Solutions business at Keysight Technologies in Santa Rosa, CA. The group creates software for electronic design of chips and circuits, and electronic test including aerospace-defense and wireless communications systems. During her career, Susan held several technology jobs spanning research and development, manufacturing, and marketing across semiconductor and photonics design, electronic and optical hardware instrumentation, and software. She currently manages an organization with 200 engineers and managers around the globe using agile software practices to ensure efficient development and delivery of quality products to customers.

Abstract - Wine has been around for thousands of years and often evokes images of rolling hills and rustic chateaus. Technology is something that is usually not associated with Wine. With industry challenges such as increasing competition, high energy costs, droughts, fires, and labor challenges wineries are turning to technology for help. During this session, we will explore how tank automation technology is being leveraged/evaluated to address challenges in the wine-making process.

Mr. Lucio Hernandez is the Director of Business Intelligence and Production Systems at Jackson Family Wines. He has over 20 years of IT experience in the wine and spirits industry. Lucio has a Bachelor of Science degree in Computer Information Management Systems from California State University Stanislaus (2001). Lucio’s experience includes IT roles as a Business Systems Analyst, Application Developer, Technical Lead, Project Manager, Manager (Financial Systems and Quality Systems).