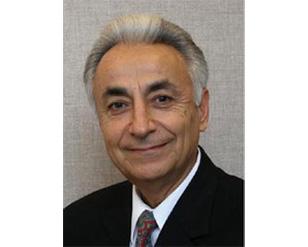 Dr. Ali Kujoory is a Data Networking Consultant specialized in the areas of secure real-time applications over the Internet including voice and video over IP, broadband access (xDSL, Passive Optical Network, Ethernet), and LAN/MAN/WAN. He is an Adjunct Professor at the Department of Engineering Science, Sonoma State University since September 2003, teaching the graduate and undergraduate courses including Intro to Networking and Network Management, Digiital Circuit and Logic Design, Analog and Digital Communications, Electronics, Linear Systems Theory, and Communications in Digital Age. Prior to joining SSU, he was a Lead Systems Architect at Alcatel in CA for over three years doing forward-looking work on Voice over Packet, Passive Optical Network, Next Generation SONET, and reliability. Before joining Alcatel, he was a Distinguished Member of Technical Staff at AT&T Bell Laboratories in NJ for sixteen years doing forward looking work and research on the quality of service aspects for real-time applications over the Internet. He also lead the AT&T group on the ATM Standards. While at AT&T, he was also an Adjunct Professor of EE and CS programs at the Stevens Institute of Technology in NJ. Dr. Kujoory is a Life Senior Member of the IEEE and received the IEEE Millennium in 2000 and the IEEE Section awards from 1996-2000 for contributions to the IEEE NJ Coast Section. His other accomplishments include the IBM Service Award when he was at IBM in the Middle East and the AT&T Standards Recognition Award in 1997. He has published and presented numerous papers in the technical journals and conferences and holds a number of patents in the areas of IP applications, Quality of Service, and broadband technologies. He has a B.S. in EE from the American University of Beirut, Beirut, Lebanon, and M.S. and Ph.D. degrees in EE from University of Pennsylvania, Philadelphia, PA.