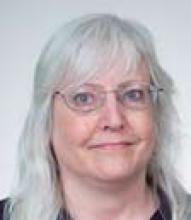 Abstract – Heart auscultation (the interpretation of heart sounds by a physician) is a widely used screening method for heart disease. It is well documented, however, that with the exception of expert cardiologists, physicians' auscultation skills are limited. It has also been shown that standard training methods do little to improve these skills. In this paper, we propose an architecture for a phonocardiogram analysis system that can augment a physician's auscultation abilities and serve as a training aid to improve those abilities.

Dr. Nancy E. Reed received the B.S. (Biology), M.S (1988) and Ph.D. (1995) degrees in Computer Science from the University of Minnesota. From 1993, Dr. Reed lectured at SSU and was an Adjunct Assistant Prof. at UC Davis. In 1998, she joined the CIS Department at Linköping University (Sweden) and was awarded the Docent in 2003. She joined the University of Hawaii in 2002 as an Assistant Professor in EE. She transferred to the Information and Computer Sciences Department in 2004 and has been an Associate Professor in ICS since 2007. In 2008 she was a Visiting Scholar at the University of California, Berkeley. Dr. Reed is a member of AAAI, ACM, ACM SIGAI, AHA, AMIA, IEEE, and the IEEE Computer Society. 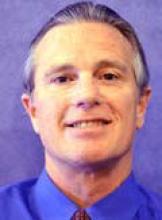 Abstract – The electrical grid evolved slowly throughout most of the 20th century, in part, because electrical equipment was typically left in service for thirty or more years after installation. So, the utility infrastructure was relatively unaffected by technological innovation. Change began in the late 1970s, driven by 1) increasing focus on environment and energy efficiency, 2) increasing “NIMBY” sentiment regarding large generation plants and high power transmission, 3) renewable energy generation and cogeneration, 4) power electronics advances (e.g. IGBTs) and 5) competition. Recently, the emergence of distributed energy resources (DERs) and Smart Grid accelerate change. Smart Grid is especially important: it enables more optimal coordination, integration and use of a) the electrical infrastructure and b) new technologies than was possible using the relatively “dumb” controls of the past. This fast paced presentation addresses the evolution of the electrical grid and the electrical grid of the future featuring DERs and Smart Grid.

Mr. Jim Eyer’s entire 30 year career has involved energy efficiency, renewables and advanced energy technologies, concepts, benefits and markets. For the last twenty years Jim has focused on energy storage with an emphasis on benefits and value propositions. Jim owns and is principal and senior analyst for E&I Consulting. He is a senior advisor to the California Energy Storage Alliance (CESA). Before that he was Senior Analyst with Distributed Utility Associates for 13 years. Before that he held a range of positions with Pacific Gas and Electric Company related to advanced electric technology and concepts R&D, electric supply planning, and commercial energy efficiency services. He has an undergraduate degree with a double major in physics and management from Sonoma State University and an M.A. in management also from Sonoma State. 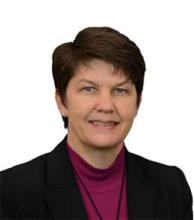 Abstract – This presentation will describe the latest challenges in transmitting electronic information at ever faster speeds while at the same time reducing the power consumed. This exciting new area of engineering is called Signal Integrity and Power Integrity. Signal Integrity enables today's computers to send trillions of ones and zeroes in a matter of seconds along a physical channel to a receiver. Power Integrity ensures that no matter how fast and how many ones and zeroes are switching they will all get enough power to switch states. A final example will show how this new area of engineering could have prevented the failure of the first transatlantic telegraph cable in 1865 and how far we have come since then.

Heidi Langeberg Barnes is the World Wide Application Engineer for High Speed Digital applications in the EEsof EDA Group of Keysight Technologies. Her professional experience includes more than 6 years in signal integrity for Automated Test Equipment load boards for Verigy and Advantest, 7 years in RF/Microwave microcircuit packaging for Agilent Technologies, 10 years in hydrogen fire and gas detection for rocket engine testing at NASA Stennis Space Center, and thin film solar cell design with Arco Solar. She holds 5 patents, is a recipient of the NASA Silver Snoopy Award, and has a Bachelor of Science degree in electrical engineering from the California Institute of Technology. She grew up locally in Sebastopol and discovered engineering through her high school summer intern jobs with Hewlett- Packard.

Optical Filters and Their Applications (2015) 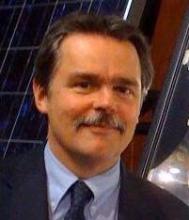 Abstract – Optical interference coatings find wide application in science and industry. It is hard to think of an optical instrument or system that does not benefit from their use, and many systems would not be possible without them. Sometimes the purpose of an optical coating may be relatively straightforward. Examples of such “simple” coatings include mirrors for the reflection of light as in the case of a telescope mirror, and antireflection coatings for the reduction of light reflection as in the case of a camera lens surface. In other situations an optical coating may perform a more essential function such as filtering for a specific wavelength band of light. The challenges of industry are constantly driving better performance and the development of improved and new optical coating technologies. This talk will provide a brief background on optical coatings and coating technology, and then give examples of how they have enabled fields such as Aerospace, Document Security, Telecommunications, and Consumer Electronics.

Dr. Sargent received his Bachelor’s Degree in Physics from the University of California, Berkeley, and his Ph.D. in Optical Sciences from the University of Arizona, Tucson. He has been with OCLI since 1989 and JDSU since 2000, serving in a variety of engineering and leadership roles. His work has concentrated on the development of energetic thin film deposition processes and methods for depositing narrowband and precision filters. Over the years he has enjoyed working with companies and universities to employ filter technology in applications such as optical instrumentation, wavelength division multiplexing (WDM) for fiber optic telecommunications, and consumer electronics. Since 2012 Dr. Sargent’s focus has shifted to include the development of optical coatings for document security applications. He is currently the leader of the Next Generation Products R&D Team in JDSU’s Optical Security and Performance Products group.

Abstract – There is a growing interest in terahertz and mm-wave systems for compact, low cost and energy efficient imaging, spectroscopy and high data rate communication. Unfortunately, today's solid-state technologies including silicon and compound semiconductors can barely cover the lower part of the terahertz band. In order to overcome this limitation, we have introduced systematic methodologies for designing circuits and components, such as signal sources and amplifiers operating close to and beyond the conventional limits of the devices. These circuit blocks can effectively generate and combine signals from multiple devices to achieve performances orders of magnitude better than the state of the art. As an example, we show the implementation of a 482 GHz oscillator with an output power of 160 W(-7.9 dBm) in 65 nm CMOS, and a 300 GHz frequency synthesizer with 7.9% locking range in 90 nm SiGe.

Dr. Omeed Momeni received the B.Sc. degree from Isfahan University of Technology, Isfahan, Iran, the M.S. degree from University of Southern California, Los Angeles, CA, and the Ph.D. degree from Cornell University, Ithaca, NY, all in Electrical Engineering, in 2002, 2006, and 2011, respectively. He joined the faculty of ECE Department at University of California, Davis in 2011. He was a visiting professor in EECS Department at University of California, Irvine from 2011 to 2012. From 2004 to 2006, he was with the Jet Propulsion Laboratory (JPL)/NASA as a RFIC designer. His research interests include mm-wave and terahertz integrated circuits and systems. Prof. Momeni is the recipient of the Best Ph.D. Thesis Award from the Cornell ECE Department in 2011, the Best Student Paper Award at the IEEE Workshop on Microwave Passive Circuits and Filters in 2010, the Cornell University Jacob’s fellowship in 2007 and the NASA-JPL fellowship in 2003.