Abstract – This talk will mainly focus on challenges and enabling solutions of electric motor drives in electric vehicles (EVs), hybrid electric vehicles (HEVs) and Plug-in hybrid electric vehicles (PHEVs). Switched reluctance machine has recently emerged as a possible cost-effective propulsion solution in EVs, HEVs and PHEVs due to its simple and rugged structure, its extendedspeed constant-power range, fault-tolerant capabilities and lack of permanent magnets in its configuration. However, it suffers from high torque ripples and high acoustic noise due to strong nonlinearity of the machine, which impedes its penetration to electrified transportation. In this talk, two novel control methods for torque ripple reduction in switched reluctance machine will be discussed, both of which are validated to reduce the torque ripples significantly over the wide speed range in both linear magnetic and saturated magnetic region. The effect of mutual flux on rotor position estimation of switched reluctance machine is also investigated and two methods will be introduced to eliminate the mutual flux effect on rotor position estimation of switched reluctance machines without a prior knowledge of the mutual flux profiles. In addition, a fast electro-thermal model for the online and offline junction temperature estimation of power modules in EVs, HEVs and PHEVs will be introduced, which can provide fast and accurate temperature estimation for temperate protection and lifetime evaluation.

Dr. Jin Ye is currently an assistant professor of electrical engineering at San Francisco State University, San Francisco, CA, United States. From 2014 to 2015, she worked as a postdoctoral research associate at the McMaster Institute for Automotive Research and Technology (MacAUTO), McMaster University, Hamilton, Ontario, Canada. She received the B.S. and M.S. degrees in electrical engineering from Xi’an Jiaotong University, Xi’an, China, in 2008 and 2011, respectively. She also received her Ph.D. degree in electrical engineering from McMaster University in 2014. She has authored/coauthored more than 30 top journal and conference papers, and has five US/Canadian patents pending. She is also the recipient/co-recipient of several awards including Development of Research and Creativity Award (2015), and Chrysler Innovation Award (2014). She is an associate editor for IEEE Transactions on Transportation Electrification and serves in technical committees for several conferences. Her main research areas include power electronics, electric motor drives, renewable energy conversion and electrified transportation.

Why We Invest in Startups 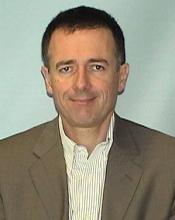 Abstract – Juniper Networks is a networking equipment vendor based in Sunnyvale, CA. Since its creation in 1996 and IPO in 1999, Juniper has been an active strategic corporate venture investor to accompany its organic growth. The talk will provide an overview of why, where and how Juniper invest in startups.

Dr. Patrick Pfeffer is Senior Director of Growth Strategy and Venture Investments at Juniper Networks where he spends most of his days thinking about the future of the Internet. Since joining Juniper in 2008 he has led Juniper's packet optical strategy and has developed the concept of next generation central office. Before joining Juniper, Patrick was a managing director for Detecon a management consulting firm, he worked also for Alcatel on access networks, for Gluon Networks on VoIP, and for Qwest on IPTV. Patrick started his career over 20 years ago as a professor at the University of Colorado in Boulder. He holds Ph.D. degree in computer science from Paris University.

Abstract – There are many different ways to get a new startup company off the ground and you can rest assured that all of them are difficult. Some statistics indicate that over 90% of all startups fail. Finding a clear path to success can be very challenging. All of the different aspects of the technology, the business model, the relationships and new product development need to work together very well. This presentation reviews the real world entrepreneurial journey of a startup company from idea to proof of concept, building the team, design, marketing, manufacturing, testing, and the total product life cycle.

Mr. Chris Stewart is an inventor, engineer and entrepreneur. He holds 5 granted patents with more pending. He started his first entrepreneurial enterprise at 14 and his engineering career at age 17 as the Chief Engineer of WATH/WXTQ radio. After earning a BSEE from The Ohio State University, he worked at Hewlett Packard and Agilent Technologies for 25 years where he gained extensive experience in R&D, Manufacturing, Marketing, and Business Management. Chris led multiple intrapreneurial teams to start several new businesses before striking out as an entrepreneur by co-founding Invention Planet, LLC and Pocket Radar Inc. Chris also spends his time teaching and mentoring students in engineering and entrepreneurship. 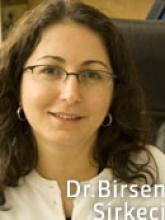 Abstract – Wireless communication is progressing at an accelerated speed. Increasing variety of applications and features of wireless devices is leading to demands for higher and higher data rates. However, the bandwidth licensed to radio communication is limited. The infamous question is “How do we get better data rates under limited bandwidth requirements to meet the demand?”. An emerging advanced solution for efficient spectrum utilization is a cognitive radio–a transceiver technology that is capable of, not only sensing the spectrum, but also, monitoring, detecting and adapting its communication. Past decade has seen an explosion of activity in understanding dynamic spectrum allocation in cognitive radio networks. In this talk, we will look at the design and performance of spectrum sensing strategies for cognitive radio networks.

Dr. Birsen Sirkeci is an associate professor in the department of Electrical Engineering at San Jose State University (SJSU), San Jose, CA. She received her Ph.D. from Cornell University, Ithaca, NY in 2006. Prior to joining SJSU, she was a postdoctoral researcher at UC Berkeley, CA. Her main research lies in the areas of wireless communications, sensor networks, statistical signal processing and statistical learning. She received best paper awards in Milcom 2015, WCECS 2010 and ICETEC 2013. She was elected as outstanding organizing committee member of IEEE ICME in 2013. She received the Applied Materials teaching award at SJSU in 2014. She also co-advised SJSU Spartans team which ranked among the finalist in Darpa Spectrum Challenge in 2013. 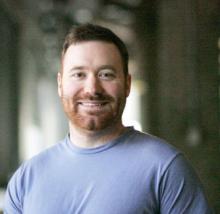 Abstract – High Performance Computing and Data Centers are driving the demand for high bandwidth interconnects. According to Cisco, cloud data center traffic is projected to grow to 8.6 Zettabytes per year, with 73% of that traffic within the data center. Future exascale supercomputers capable of more than a quintillion operations per second will demand higher performance networks characterized by lower power consumption, lower cost, and higher bit rate. VCSEL-based multimode optical links are one key solution to enable this growth. In this talk, I will present three projects to address the demands of future optical links. In the first part, I will describe a 30Gb/s 90nm CMOS-driven multimode optical link that uses equalization to achieve higher data rates and lower power consumption. In the second part, I will describe a 4-channel wavelength division multiplexing solution for uncooled lasers using injection-molded optics to reduce system costs. In the third part, I will describe a system to characterize VCSELs using hyperspectral imaging, and I will show how this system can be used to improve multimode fiber bandwidth from 6.3GHz to 17.5GHz over 300m.

Dr. Brendan Hamel-Bissell is an Assistant Professor at the Department of Engineering, SSU. He grew up in Underhill, Vermont, where he spent most of his time in the mountains skiing, including 6 years on the US National Ski Patrol. He did his undergrad at McGill University in Montréal, Canada, and became interested in the applications of optics, especially optical communications. He completed his PhD in electrical engineering at Stanford University in 2016, with a focus of optical communications in data centers. While at Stanford, he worked with industry researchers as a Senior Scientist at Finisar Corporation and taught electrical engineering at De Anza College. Brendan is passionate about supporting the LGBTQ community; he has served on the Board of Directors of Stanford Pride, Stanford's LGBT alumni association since 2012 and as the Director of Admissions for the Out for Undergrad Engineering Conference since 2014.