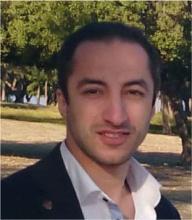 Abstract – Imagine that regular RF hardware like Bluetooth, Radio, TV, or GPS can be an application you install on a specific platform! Like the revolution of smart phones that embedded hardware applications such as calculator, clock, and alarm as applications on your smartphone. Instead of designing a specific RF hardware, you may be offered blocks and software functions to design and prototype new RF algorithms, modulation techniques, and analysis in minutes and hours instead of taking months and years just to prototype a new design and fabricating the hardware for that. You are going to witness a revolutionary technology that enables you to develop an RF system as we speak.

Mr. Mohammad Salah is an R&D engineer at National Instruments and is currently involved in microwave products and manufacturing of automotive Radars and 5G technology. He started designing digital circuits, embedded systems, and selling them during college education. He founded Legend Technologies for electronics design and manufacturing in 2006 and then joined the Cyclotron Project in the Atomic Energy Authority in Egypt in 2009. He joined National Instruments in 2012 to work on RF platforms and moved to microwave R&D. Mohammad graduated with a B.S. degree in Electronics and Communications Engineering from Cairo University and had post graduate studies from Helwan University in Artificial Intelligence. He founded Inventors and Scientists Preparation Institute in Egypt where he supervised 112 B.S. and M.S. students from 2002 to 2012. 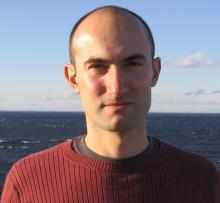 Abstract - Nanostructured materials offer tremendous opportunities for engineering advanced device components for diagnostic and therapeutic applications. Nanoporous gold (np-Au), produced by a nano-scale self-assembly process, is a relatively new material and has mostly attracted attention for catalyst applications due to its high effective surface area, electrical conductivity, and ease of surface functionalization. Surprisingly, the biomedical potential of this material has remained largely untapped. I will first discuss our research efforts to control nano-/micro-scale properties of np-Au and the application of micropatterning techniques for fabricating high-sensitivity multiple electrode arrays for neural electrophysiology studies. In the context of biocompatibility of such devices, I will illustrate how tunable properties of np-Au may be utilized to alleviate adverse biological response to device coatings. To that end, I will specifically focus on np- Au’s drug delivery performance and its interaction with neural tissue as a function of its geometric features and surface chemistry. In another example, I will illustrate np-Au’s diagnostic potential in detecting and purifying nucleic acid biomarkers in complex biological samples. I will conclude the talk with our ongoing efforts toward constructing highthroughput material screening platforms for identifying optimal material properties for emerging applications of np-Au.

Dr. Erkin Seker received his PhD degree in Electrical Engineering from the University of Virginia (UVA) in 2007. Following postdoctoral positions in Chemistry at UVA and Bioengineering at Center for Engineering in Medicine at Harvard Medical School, he joined the Department of Electrical and Computer Engineering at UC Davis in 2011. As an Associate Professor, he is leading the interdisciplinary Multifunctional Nanoporous Metals research group with the overarching goal of understanding and controlling nanostructured material properties and their interaction with biological systems to develop novel biomedical tools. He is the recipient of Fund for Medical Discovery Award from Massachusetts General Hospital, a University of California Lab Fees Research Grant, and a NSF CAREER Award. He served as an Associate Scientific Advisor for Science Translational Medicine journal, was invited to participate in National Academy of Engineering’s Annual Frontiers of Engineering Education Symposium, and was selected as a BMES Cellular and Molecular Bioengineering Young Innovator of 2016. 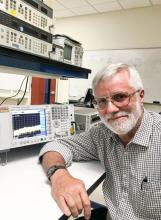 Abstract - The Internet of Things (IoT) promises much but has yet to deliver to scale. As devices are rolled out their viability has to be confirmed, not only as discrete elements, but as part of a whole ecosystem. Issues of power management, congested or sketchy communications, scalability of cloud visualization etc. must be validated before commercial deployment is possible. Testing at each level is possible with standard industry tools and will be discussed in this talk, together with live demonstrations.

Mr. Rob Rowlands received a Bachelor of Engineering degree in electrical engineering from the University of Canterbury in Christchurch, New Zealand in 1971. He was a Transmission Engineer in the NZ Post Office for 22 years, followed by 21 years with HP and Agilent in the SF Bay Area in Business Development and sales of communications test equipment. He is semiretired but still selling test equipment for Gap Wireless. Rob is a life member of IEEE. 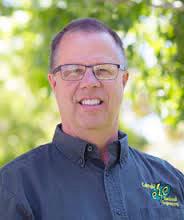 Abstract - Vernier Tuned Distributed Bragg Reflector Lasers (VTDBR) allow for very fast tuning of laser wavelength without moving parts. These lasers are ideally suited for FMCW Lidar applications. This talk will cover the theory of operation for VTDBR lasers and then show how they can be configured for Lidar sensing applications. Example block diagrams and measurement results will be shown.

Dr. Dennis Derickson received his BS, MS and Ph.D. in electrical engineering from South Dakota State University (1981), the University of Wisconsin- Madison (1982) and the University of California – Santa Barbara in 1992. His farming background and youth ham radio hobby heavily influenced his career in engineering. He joined the research and development laboratories of Hewlett Packard (HP) in Santa Rosa, CA in 1982. 1980‘s project development activities included spectrum analyzer and network analyzer electronic measurement instrumentation. His Ph.D. work (1988-1992) involved design, fabrication and test of single-chip pulsed semiconductor lasers for data communication applications. Dr. Derickson managed multiple project teams at HP for highspeed communication test systems in the 1990s. He moved into the director of product marketing role at a start-up company called Cierra Photonics in Santa Rosa, CA in 2000. After 16 years in industry, he joined the Electrical Engineering Department at California Polytechnic State University in 2005 and has been department chair since 2010. Research activities have focused on biomedical applications of semiconductor lasers and wireless communication systems. His outreach activities have focused on running summer science camps and robotics programs for Jr. High and Sr. High groups. As department chair, he has focused on Industry/Alumni/Partner outreach, entrepreneurship, enabling a project-rich hands-on environment for diverse students, and supporting a strong graduate program. 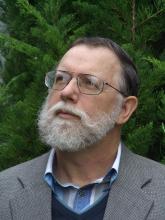 Abstract - The nether world between the electrical and mechanical is seldom seen. But bridging that gap is necessary to enable new technology. Consider: Motorized CATS scanner hatch covers exterior to the International Space station, Gas Sampling the Moon Titan, deep sea robotics, Oil well motors 15,000 FT deep, +150 C, 20,000 PSI pressure, Valve actuators for liquid oxygen and liquid methane for the new Mars vehicle, Beam lines with both vacuum and radiation requirements, Jet engine test stands aboard aircraft carriers. In addition to mechanical and electrical issues, the magic of magnets, material considerations, thermal issues, bearing designs, lubrication science, wire insulations and more must be addressed, all within some cost constraints. This talk will cover a range of projects that have been completed, with an overview of the application challenges, and insight as to how they were met.