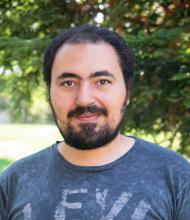 Abstract - Metamaterials was once synonymous with ‘paradigm shift’ and ‘future technology’. In the first decade of the 21st century, metamaterials were sought to solve a large number of problems in microwaves and optics, and rapidly advance industrial, scientific, medical, and military technologies. Yet very few of the initial expectations have come to fruition. This lack of concrete applications led some critics to label metamaterials as an “unearned irony of the improperly educated postmodern crowd”. This talk sheds some light on the origin behind the initial enthusiasm and the followed disappointment in metamaterial research. The successor of bulk metamaterials, namely metasurfaces, is introduced and the underlying electromagnetic-metasurface interactions are analyzed. A detailed insight is given into metasurface engineering and several realizable applications. An overview of metasurface engineering future roadmap is laid out with pointers to some of the available exciting research and development opportunities.

Dr. Mohamed Salem is an Assistant Professor in the Department of Engineering Science at Sonoma State University. He received his Ph.D. from New Jersey Institute of Technology, Newark, NJ in2009. Prior to joining Sonoma State University, he was a lecturer with the University of Idaho, Moscow, ID. He has several years of postdoctoral experience with Polytechnique Montreal, Montreal, QC and King Abdullah University of Science and Technology (KAUST), Thuwwal, Saudi Arabia. Dr. Salem's research focuses on electromagnetic propagation and scattering phenomena and wave-matter interaction. He is particularly interested in metasurface application in wavefront shaping and unconventional waves and beams, such as localized waves. 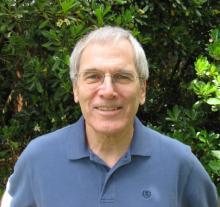 Abstract - Over 250,000 Americans work in the solar industry, and last year the solar industry generated a $17 billion investment in the American economy. This talk explores the explosive growth of solar electric generation with focus on solar cell and PV system principals and operation, trends in PV system design, tools for designing and testing PV systems, and methods for monitoring the performance of installed systems and remotely diagnosing any performance issues. We will also look at the forces acting to increase and impede the growth of solar, and the wide diversity of job types found in the solar industry. 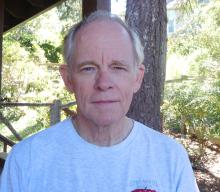 Abstract - LED lighting is rapidly replacing the incandescent and fluorescent lighting. As LEDs become more efficient and more affordable, they will accelerate the demise of all other forms of lighting. Some interesting questions one can ask are: How much more efficient are they? And, why is that so? Why do they cost so much, relative to an incandescent light? How does an LED work? What kind of power do they require? What is the simplest way to make an LED light? We look at three common applications in automotive, home, and commercial and how practical LED fixtures are designed and what we can expect in the future for LED lighting.

Mr. Benny Smith grew up in Texas and graduated from Texas A&M University with a BSEE degree in 1966. He spent two years in the U.S. Army as a Second Lieutenant (Armor). Benny attained a Teaching Certificate in elementary education in 1971 and taught junior-high math and science for one year. He then pursue graduate work and received his MSEE from Arizona State University in 1976. He worked as a design engineer at Motorola Semiconductor in Phoenix and moved to Sonoma County in 1976 to work at HP’s Santa Rosa Division. Benny retired from Agilent in 2004 and built his first commercial LED light fixture for Visionsmith in 2012. 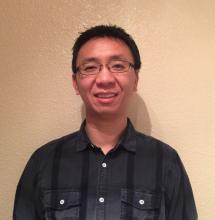 Abstract - RF and wireless communications technology are standard in everyday device design. Understanding the fundamentals of RF systems and some basic RF Measurements and terminology is critical to your success in designing and testing RF devices. This presentation is going to introduce you some fundamental RF concepts and measurements. We will cover some RF Basic Terminology, Analog and Digital Modulation, some specific topics of common measurement applications like EVM, Phase Noise, Linearity and so on. Further, we will go over different types of measurement instruments and review each one’s advantage and disadvantage in RF application.

Mr. Wei Lin graduated from University of California, Davis in 2012 with a master’s degree of electrical engineering major. After graduation, he joined National Instruments as a RF hardware design engineer. He has been working as a designer, characterization and verification roles on the highperformance vector signal transceiver products from National Instruments. 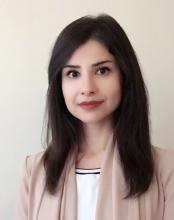 Abstract - Learning models from data has a significant impact on many disciplines, including computer vision, medical imaging, social networks and signal processing. In the network inference problem, one may model the relationships between the network components through an underlying inverse covariance matrix. The sparse inverse covariance estimation problem is commonly solved using an ℓ1-regularized Gaussian maximum likelihood estimator, known as “graphical lasso”. Despite the popularity of graphical lasso, its computational cost becomes prohibitive for large data sets. In this talk, we will develop new notions of sign-consistent matrices and inverse-consistent matrices to obtain key properties of graphical lasso and prove that although the complexity of solving graphical lasso is high, the sparsity pattern of its solution has a simple formula if a sparse graphical model is sought. We will prove — under mild assumptions— that the graphical lasso estimator can be retrieved by soft-thresholding the sample covariance matrix and solving a maximum determinant matrix completion (MDMC) problem, and describe a Newton-CG algorithm to efficiently solve the MDMC problem. We will illustrate our results in different case studies.

Dr. Somayeh Sojoudi is an Assistant Professor in the Departments of Electrical Engineering & Computer Sciences and Mechanical Engineering at UC Berkeley. She is an Associate Editor of the journals of IEEE Transactions on Smart Grid, IEEE Access, and Systems & Control Letters. She is a member of the conference editorial board of the IEEE Control Systems Society. She is a recipient of the 2015 INFORMS Optimization Society Prize for Young Researchers and a recipient of the 2016 INFORMS ENRE Energy Best Publication Award. She was a finalist (as advisor) for the Best Student Paper Award at the 2018 American Control Conference and a finalist (as a co-author) for the best student paper award at the 53rd IEEE Conference on Decision and Control 2014.